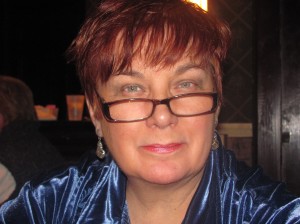 As most of us are, I’m a number of things. I’m a wife, mother, animal lover, fiction writer, and Christ follower…not necessarily in that order. I’ve been a foster mother and am now the adoptive mom of a fascinating fifteen year old young woman. I’m an urban dweller who loves the ocean and long walks on the beach. I’m a fan of crime fiction. I go bonkers for a good murder mystery, detective story, police procedural, and/or thriller. My moniker is the crime fictionista. Most of the time I’m either reading or writing a mystery. I’m a foodie who loves to prepare healthy food. I watch many of the TV shows on the Food Network. Most of my novels have at least one character who is an excellent cook or baker. PERILOUS SHADOWS is the exception. Kiera Devane can’t cook. She does receive a cookbook as a gift in an effort to help her in this area. There are mouth watering restaurant scenes in all of my books. In fact, one blogger listed my novels as “foodie fiction.” Over six years ago, before I started seriously penning suspense novels, I was an animal rescuer.  I’ve rescued about 40 abandoned cats and dogs from the streets and several baby squirrels that fell out of trees and were later released to the wilds of New York City. PERILOUS SHADOWS has Aggie, a female Boxer as a character.

Where are you now?

In my professional life, I’m at the point where I’m a multi-published author. My Sanctuary Point series (set in the mid-to-late 1940s) released through Desert Breeze Publishing in electronic form as ebooks. I’m happy to announce that Desert Breeze is going into print format and they’ve offered me a print contract for BURNING HEARTS, GOODBYE NOEL, and PERILOUS SHADOWS. Naturally, I’m thrilled beyond belief.

I’m writing like mad. I’ve got a contemporary series in the works. It’s so different writing in the here and now rather than on a story set in the 1940s. But I’m excited about it and am developing the main characters so they’re entirely three dimensional.

Where are you going?

As noted, I’m looking forward to the release of my Sanctuary Point series in print form. As much as I loved writing a historical series, I’m now firmly committed to writing contemporaries. I have two series in planning stages. The most time consuming aspect of this endeavor is getting to know my main characters really well, so they come alive on the page. Before I put anything on paper, I like for my characters to be real to me.

In my personal life, my husband and I are looking toward retirement. We’re not there yet, but we’re planning. Joseph has had a few health issues that he’s come through with flying colors. So, we’re looking forward to a season of relaxation and a time for doing the things we always wanted to do. We have a teenage daughter who is going into high school in the fall. New York City has specialized high schools and she’s been accepted to an oceanographic high school affiliated with the New York Aquarium. She’s very excited about that and so are we.

Pioneer newspaperwoman Kiera Devane is on a mission to prove a woman can do a man’s job, as she hunts a young coed’s killer? Ace radio broadcaster Argus Nye lost one love to a murderous fiend and his pulse races as he tries to protect Kiera from herself as much as from this killer.

Kiera was doted upon by loving parent, but they were killed when she was a girl and she was shipped off to live with a socialite aunt who had little time for her. In her aunt’s house, she learned life could be cold and cruel. As a result, she grew up to be an independent and demanding professional woman.

Argus Nye, still bereft from the loss of his first love, can’t understand why this female reporter is mesmerizing him. As she takes chances with her life trying to catch a killer, he’s determined to protect her.